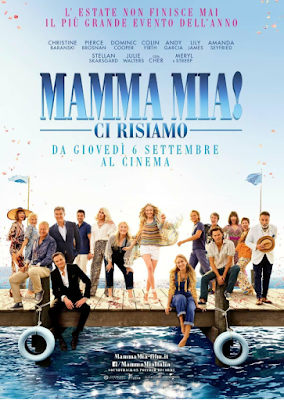 There might be a shortage of iconic songs (well, at least the most popular ones) by Swedish band ABBA - due to the fact that those were mostly used in the first movie -, but the second chapter in the Sheridan women’s story still manages to have memorable musical numbers and epic performances that are worth the watch.

Present day
Everyone on and off the island is left coping with the fact that Donna is gone.
To honor her memory and make her mother’s dreams come true, Sophie has been working hard on the hotel’s reopening.
With the help of the locals and a few old friends, she’s doing her best to go on with her life despite her mother’s passing.

1979
A young Donna is graduating and saying goodbye to her old, predictable life, going on a new adventure all on her own.
Her resolution and a couple of chance encounters will shape her future forever, setting off the events leading to what we’ve seen in Mamma Mia!

Both a prequel and a sequel, Mamma Mia! Here We Go Again showcases a new set of talents – Lily James and The (young) Dynamos, Jeremy Irvine and the other dashing (young) men from Donna’s past, a charming and hilarious Andy Garcia, and a legendary Cher – along with the beloved original cast, giving us not what we thought we wanted, but what we actually needed from this feature: a flashy, over-the-top, sometimes (a bit too) corny, but incredibly funny and refreshing flick. 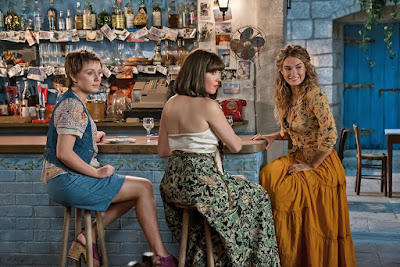 More of an excuse to explore Donna’s character than anything else, this second instalment makes us feel her (and Meryl Streep’s) presence in spite of her physical absence from the present, while her legacy lives on in both timelines.
From the vastly underrated Amanda Seyfreid to the quite capable newcomer James, the story glides on past-present parallels in a smooth and effortless way, finding its footing in absurd situations, flamboyant acts and witty remarks.
As unexpected as this turn of events is, it doesn’t jeopardize in the slightest the final outcome, giving the movie the edge it needed to be seen as something other than just a copycat of its predecessor.

Mamma Mia! Here We Go Again is distributed by Universal Pictures, and is set to be released in Italy on September 6th.
Pubblicato da Matteo Marescalco alle 04:23 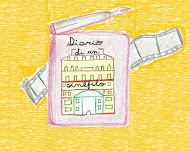